Mr Mauro Petriccione has been appointed Director General for Climate Action in March 2018. He joined the European Commission in 1987 and has been working in trade policy since then. From 2014 to early 2018, he was Deputy-Director General of DG Trade, responsible for trade relations spanning a wide variety of subjects including trade relations with Asia, Latin America and countries of Africa, the Caribbean and the Pacific. He served as Chief Negotiator for the EU-Canada Comprehensive Economic and Trade Agreement (CETA), the EU-Vietnam Free Trade Agreement and the EU-Japan Economic Partnership Agreement.

Mr Wilhelm Molterer has been Managing Director of the European Fund for Strategic Investments (EFSI) since 1 November 2015. From July 2011 until August 2015 he was Vice-President of the European Investment Bank (EIB) and a member of its Management Committee, a permanent collegiate executive body. From 2007 to 2008 he was Vice Chancellor and Federal Minister of Finance, while in the period from 2008 to 2011 he acted as the Parliament’s spokesperson for constitutional matters.
After being Secretary General of the Austrian People’s Party (ÖVP), he became Federal Minister of Agriculture, Forestry, Environment and Water Management in Austria from 1994 to 2002.

Ms Ann Mettler is Director Europe at Gates Ventures, the private office of Bill Gates. From 2014-2019, she has been Director-General and Head of the European Commission's in-house think tank. Previously, she was Executive Director of The Lisbon Council, a Brussels-based knowledge economy think tank Ann co-founded in 2003. From 2000-2003, she worked at the World Economic Forum as director for Europe.

A dual citizen of Germany and Sweden, Ann has lived and worked in Greece, USA, Switzerland and Belgium. She holds MA degrees in political science and European law and economics and graduated with distinction from the University of New Mexico, USA, and Rheinische Friedrich-Wilhelms-University in Bonn, Germany.

Mr Ian Simm is the Founder and Chief Executive of Impax Asset Management Group plc, one of the world’s leading investment managers dedicated to investing in the transition to a more sustainable economy. Impax, which Ian founded in 1998, currently manages ca. US$25 billion in listed equity, private equity and fixed income strategies, primarily for institutional owners. Prior to Impax, Ian was an engagement manager at McKinsey & Company advising clients on environmental strategy.

Outside Impax, Ian is a member of the UK government’s Energy Innovation Board, a board member of the Institutional Investors Group on Climate Change, and a Commissioner with the Energy Transitions Commission.

Ian has a first-class honours degree in physics from Cambridge University and a Master’s in Public Administration from Harvard University.

Mr Marco Mensink is Director General of Cefic, the European Chemical Industry Council that represents the voice of medium and small chemical companies across Europe. With members adding over 550 billion Euro to the EU economy annually, Cefic is the largest industry sector representation of its kind in Brussels.

As part of this role, Marco shapes the strategy and direction of the European chemical industry, uniting 30 national federations and 650 members and affiliates from all over Europe.

A Dutch national, Marco is an established authority and a frequent commentator on all aspects of EU policies affecting European businesses. He has lived and worked in Brussels since 2006, and has an extensive network of contacts within the European Institutions and wider Brussels sphere.

Mr Dirk Beckers, a Belgian national, has more than ten years of experience as Executive Director of the Innovation and Networks Executive Agency (INEA), previously TEN-T EA from 2007 to 2014.  As a European Commission Official since 1988, he has put his extensive experience in the fields of transport, energy and research at the service of the Agency to successfully manage its financial and human resources and its funding programmes.

Mr Christian Holzleitner is currently Head of Unit responsible for Finance for Innovation and Land Use at the European Commission’s Directorate-General for Climate Action. Previously, he worked as assistant to the Director-General for Climate Action, covering all issues related to EU and international climate policy, and at the Directorate-General for Competition in the area of State aid for services of general economic interest in the postal, transport, and health sectors. Before joining the European Commission, Christian worked as senior manager with KPMG Germany on international transfer pricing. Christian is an economist and holds a PhD from the University of Linz (Austria).

Ms Gretchen Rudolph is currently a Director in ABN AMRO’s Natural Resources Coverage team servicing large corporate clients in the Chemicals and Renewable Energy Sectors. She has over 13 years of general banking experience across various regions including Europe, Africa, the Middle East and the Indian Subcontinent, having been based in South Africa, Dubai and the Netherlands.

A large part of her Corporate and Investment Banking career has been focussed on the financial structuring and execution of transactions in the energy, metals & mining and chemicals sectors. Over her years of experience in these sectors there has been a notable shift towards a focus on the energy transition and circularity. This has further sparked her keen interest in clean technology developments and the role financing can play in the successful execution of this transition.

Mr Fred van Beuningen educated in business at Erasmus University in Rotterdam and INSEAD (France) has worked as a General Manager, Chief Executive Officer and Executive Board member for international industrial companies and as an entrepreneur.

Fred started his career with Royal Dutch Shell and later as Director of Innovation at global chemicals company AkzoNobel. His expertise is in technology, innovation, sustainability and scaling up ventures.

Mr José Miguel Pinheiro started working for wind turbine supplier VESTAS WIND SYSTEMS in 2007 and went through several functions in Spain, Denmark and Brazil. In 2011, he moved to EDPR, based in Madrid, first as Senior Technical Support Engineer and then as Head of O&M for EDPR’s Global Technical Direction. In 2013, he moved to Scotland and supported the development of what is today known as Moray East Offshore Wind Farm, first as Head of Wind Turbines and Substructures and later as Project Technical Coordinator. In April 2017, he started leading the WindFloat Atlantic Project (WFA) as Project Director and Managing Director for WINDPLUS, the project company formed to develop, construct and operate the WFA project. More recently, he joined the new company formed between EDP Renewables and ENGIE, OCEAN WINDS as Country Manager for Iberia. 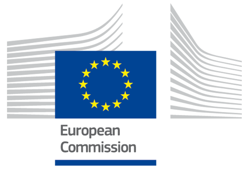